Truth is Stranger than Fiction

After more than one hundred years since the Titanic’s sinking on April 15, 1912 while on her maiden voyage, the most famous ship in history continues to intrigue and fascinate us. But what if you found out most of what you’ve been told about why the ship is lost is not true? It turns she is not put on a collision course with an iceberg because of bad operational decisions but because of good strategic ones starting ten years earlier. In fact, it’s likely you are making the very same decisions they did. There are two reasons why I know this.

First, I began my career in the United States Air Force flying fighter jets where success requires taking an end-to-end view of decision-making (compartmentalized thinking leads to failure). Since the single biggest external factor that affects success in aviation is the weather – the one variable over which you have the least amount of control – aviators are taught from Day 1 to ask, “How does each individual decision impact the rest of my mission?” My subsequent experience in business, including running a consulting practice for ten years, demonstrated that most companies, particularly big ones, look at decisions in isolation. This means good, individual decisions can sometimes result in bad outcomes.

Second, the lens or perspective through which you view your subject affects how you see it. We all know that Titanic has a timeless fascination that strikes a chord across generations and cultures. A line from the preview of the 1958 movie based on Walter Lord’s bestseller “A Night to Remember” still rings true, “No work of fiction could contain such incredible twists of fate or leave such terrible questions unanswered.” To date, attempts to answer the “terrible questions” have been made from three perspectives of human failing: Hubris (inappropriate pride leads to misplaced faith in technology), Greed (placing profits over safety), and Shortsightedness (engineering failures, including lack of testing).

However, these views largely miss the fact Titanic is fundamentally a business venture. By looking at the ship through this lens, it will become abundantly clear that far from being the classic case study of reckless decision-making, the people involved actually make smart business choices. After presenting this view to thousands of businesspeople and business students over the past few years in the Washington, DC area, every audience collectively says, “We would have made the same decisions they did.” If so many people today would have done the same things, that tells us Titanic is actually a story of good decisions that result in bad outcomes.

Be aware that it is very convenient to dismiss failures in the distant past on the basis the people involved simply lacked our modern management techniques. “If only they had used better project/risk management or six sigma or had more government regulation” the critics lament, “then disaster could have been avoided!” But if modern techniques and tools are so good, then how come so many recent business failures were not identified beforehand? How could most “experts” have completely missed: the .com bust, the housing bust, failed mergers like AOL-Time Warner and Sprint-Nextel and the bankruptcies of Enron, WorldCom, Lehman Brothers, AIG, Fannie Mae, Freddie Mac, General Motors, and Northern Rock, Plc, (many of which were recommended as “Buy” up to the moment they went bust)? If modern management and information systems can miss these failures – most of which are the results of a series of bad decisions – how can they possibly help you know when disaster follows a series of good decisions? They can’t but this book can.

The other risks of reassessing past events in a modern context are to either misstate the actors’ knowledge or forethought of events or misread the facts because of lack of context or the zeitgeist. Likewise, single-issue explanations such as substandard rivets, excessive speed, and insufficient lifeboats all fail to the give the whole picture. Similarly, anthropomorphizing the ship with statements such as, “Titanic is not aware of the danger ahead”, unfairly reduces the decision-makers to mere passengers on some ill-fated voyage of destiny. This book makes none of these mistakes. Instead, each chapter features clear, relevant Lessons Learned, an Assessment of Risk/Reward and accumulated risk, and direct “What this means to you” takeaways that will help you see risk you were never able to see before.

By leveraging Titanic’s place in history, you will learn how good decision-making coupled with failure to assess accumulation of risk can yield powerful lessons in today’s global marketplace. You will see how the following seven decisions – all arguably individually good ones and likely the same ones you are making – lead to the loss of the Titanic and what they mean to your organization:

6. Accept prevailing safety standards and benchmark against your own performance

You are about to go on a fascinating journey into the real story – the business story – behind the most famous ship in history and learn how to assess risk – even when it appears all your decisions are good ones. It is a story you simply will never forget.

NB – Since this is primarily a business book rather than a Titanic history (for which there are already many excellent titles), chapters feature only enough historical information to give the business reader background and context. For Titanic enthusiasts, historians, professors, and readers interested in more information, the nearly fifty pages of appendices and annotated endnotes add a wealth of fascinating details to the main story. 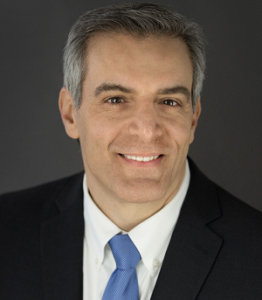 Joseph Mortati learned to understand complexity while flying supersonic fighters in the U. S. Air Force. Adopting a "People, processes, and systems . . .